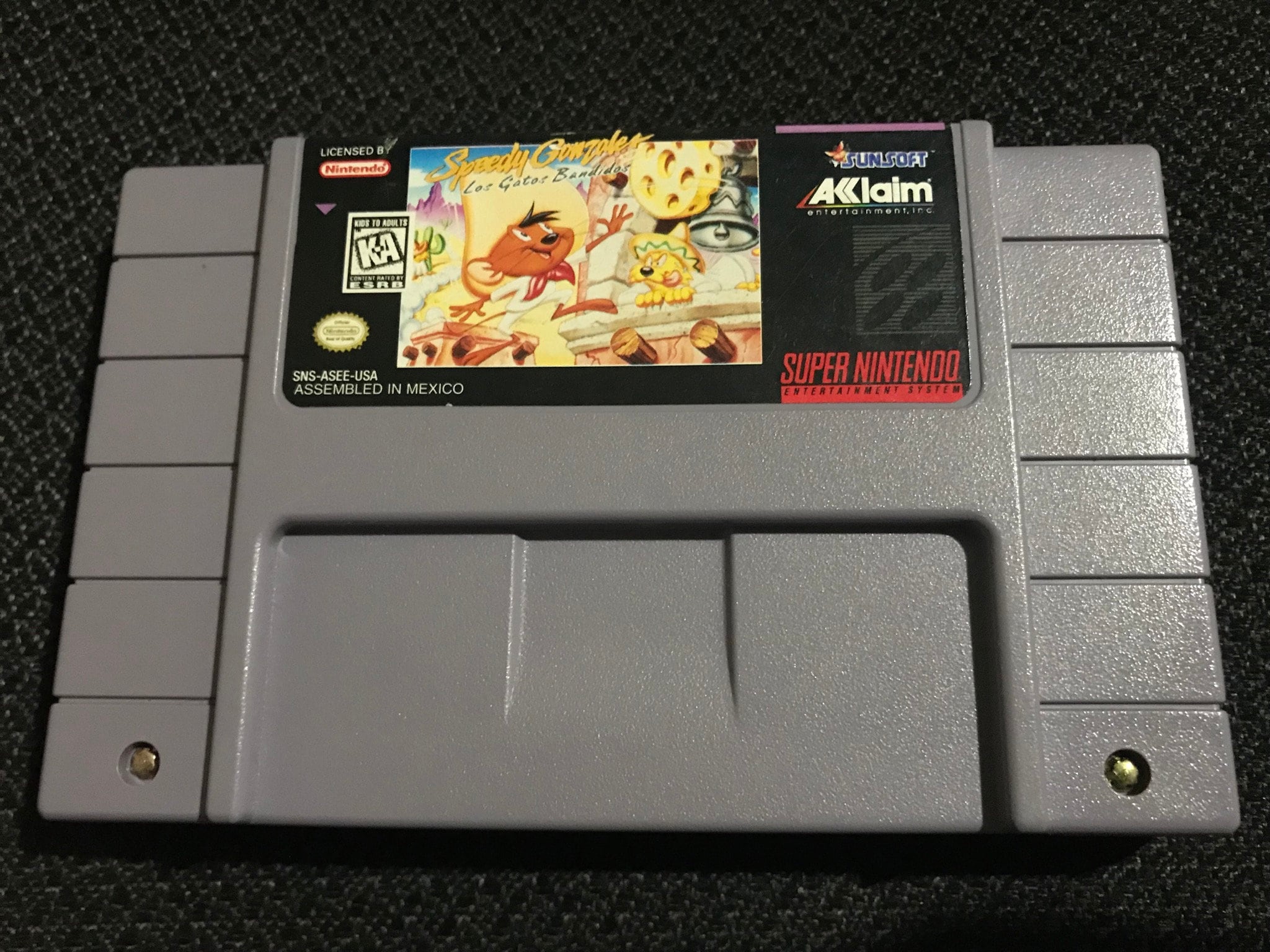 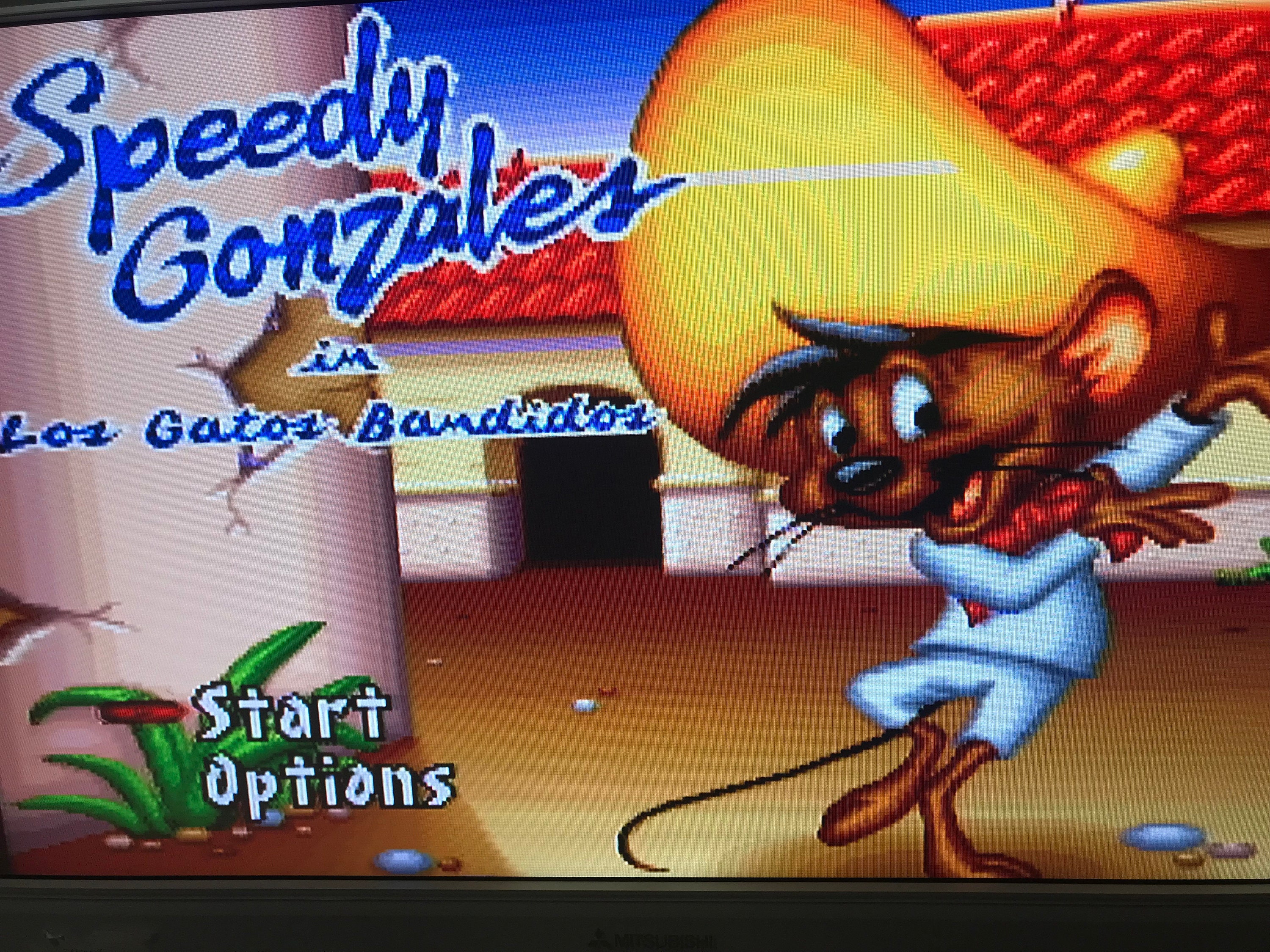 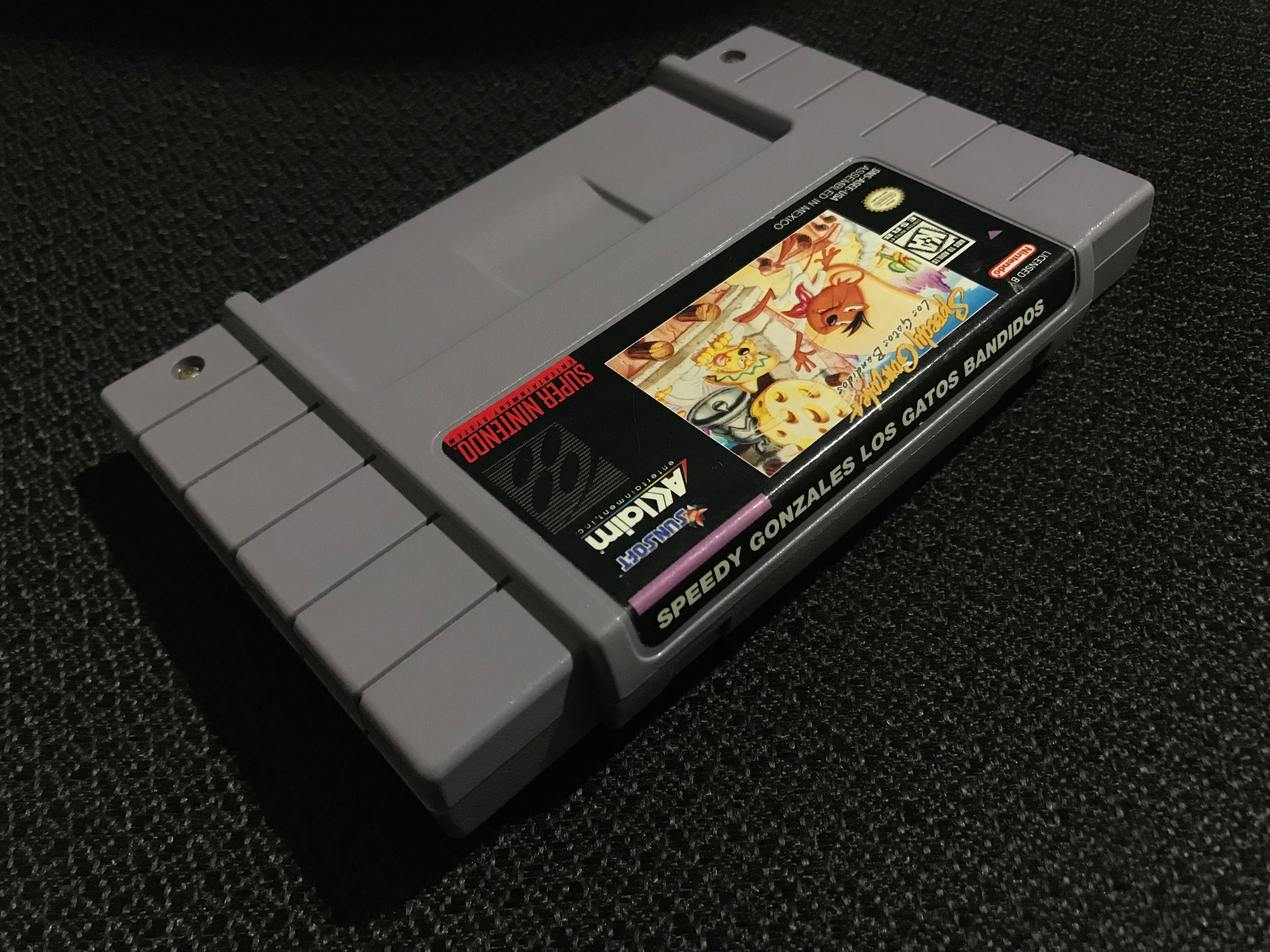 In a small Mexican village, all the mice are enjoying a fiesta until Los Gatos Bandidos, a group of cats, come and kidnap them. Only Slowpoke Rodriguez escapes and sends for his cousin, Speedy Gonzales. Speedy enters each level and tries to rescue as many mice as possible while chasing after cheese and avoiding natural hazards. The gameplay in Speedy Gonzales resembles the Sonic the Hedgehog series.

Players can access a short-range kick for attacking and can occasionally pick up items for usage at a later time in the game. The game is full of bottomless pits and spikes, which kill players instantly. Getting locked up in a cage also causes players to lose a life. Arch-enemies from the cartoon show such as Sylvester and Robocat appear in the game. In Stage 6-1, there is a specific button in one section on the level that used to lock up emulators, due to improper emulation on how the game executed code for the button. byuu, known for his emulator higan, documented on how this occurred and how it was fixed.

The item for sale is a classic video game title for the Super Nintendo Entertainment System (SNES). This game is good condition and functions as intended. See images for further details and thanks for your consideration.