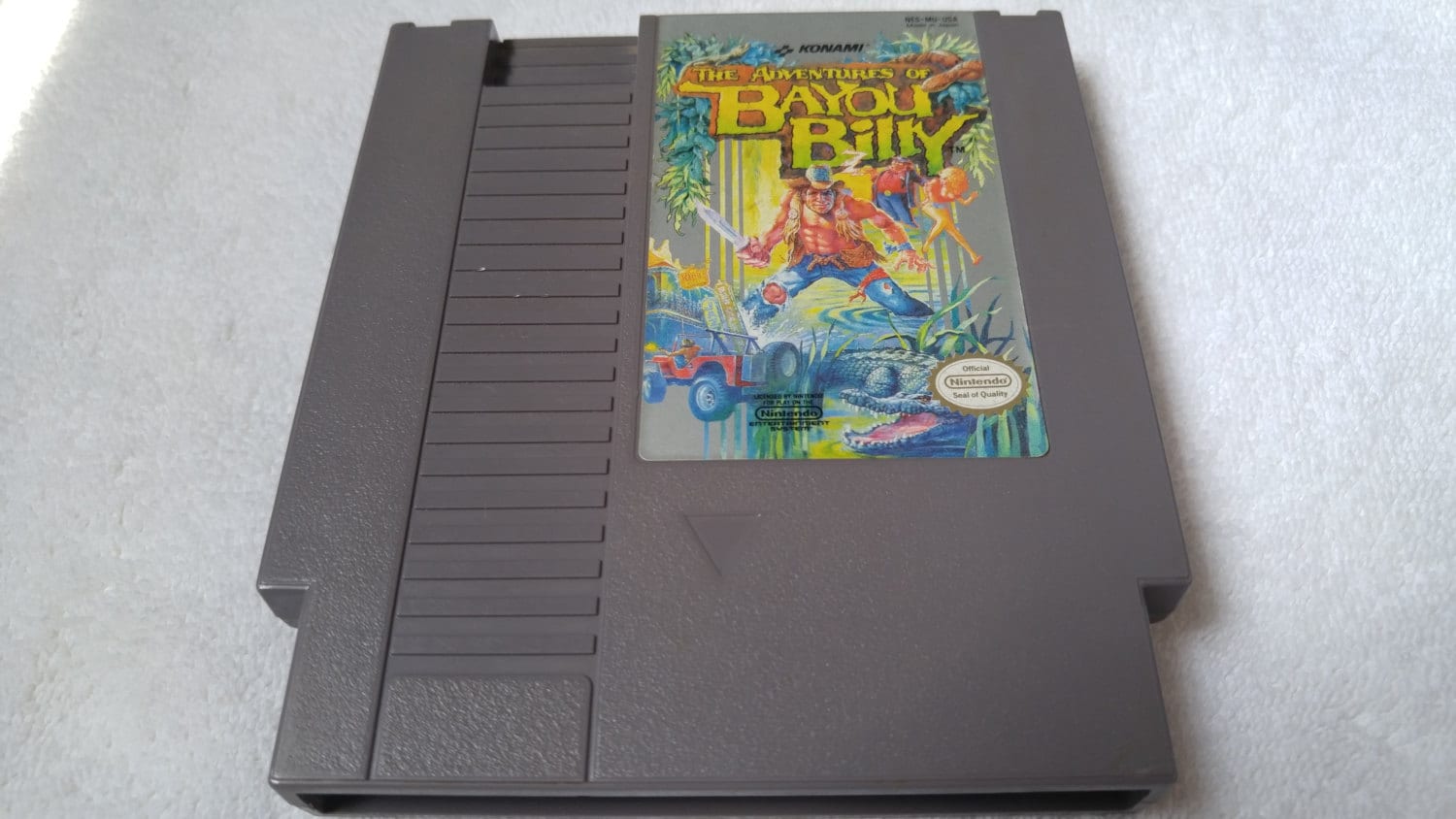 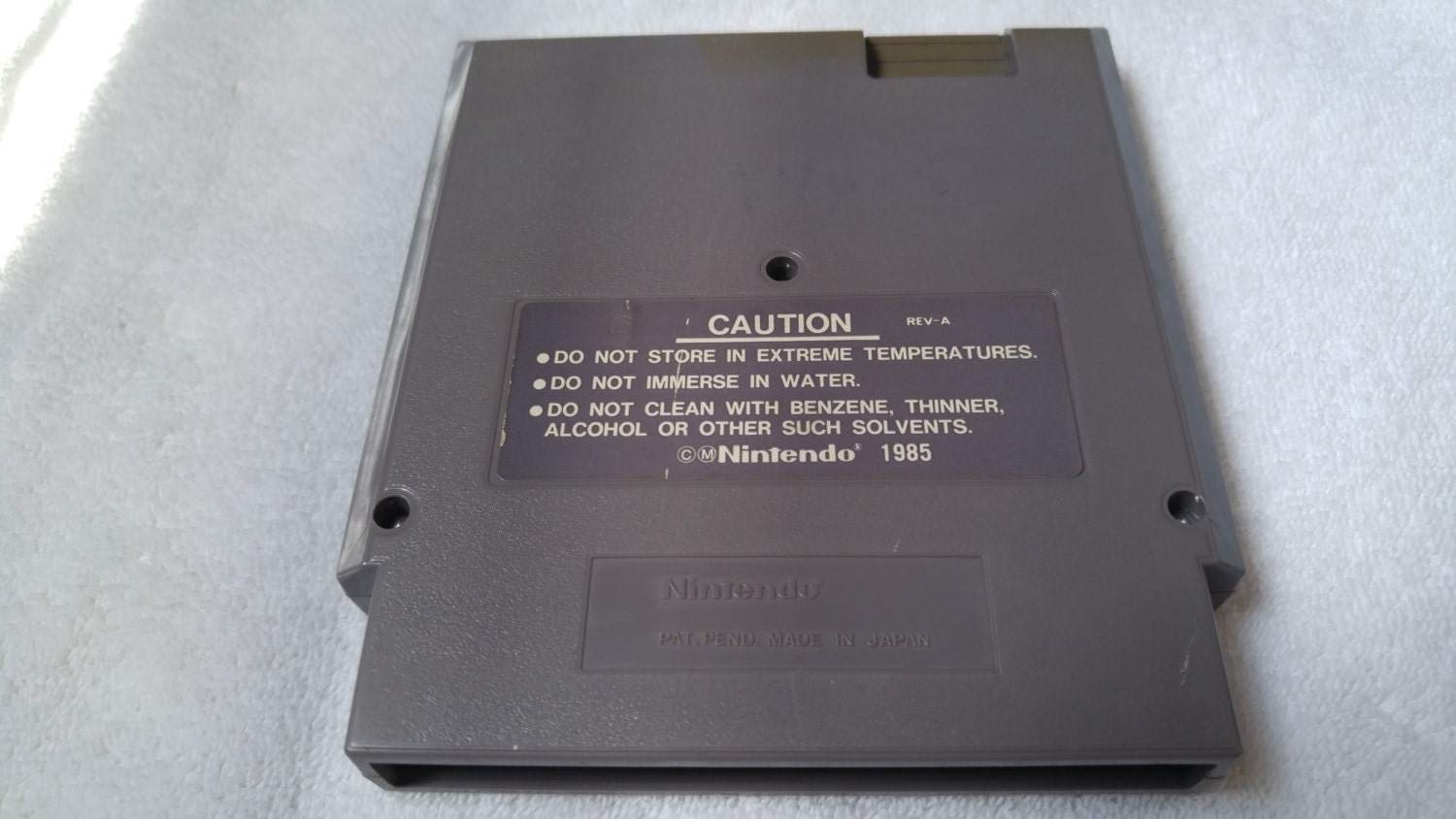 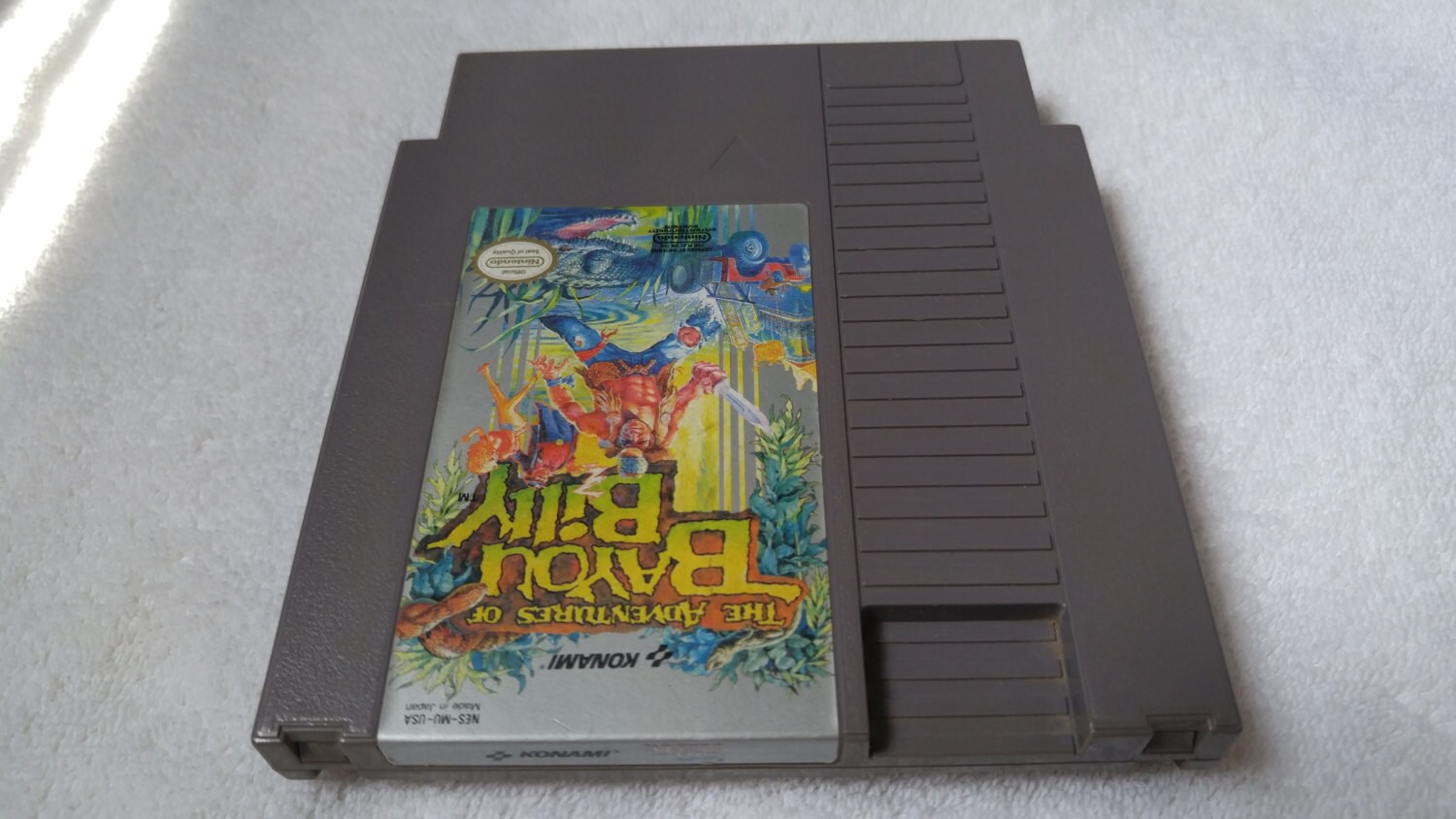 Game play: The majority of the game follows a beat-'em-up format in which the player character (Billy) must engage in hand-to-hand combat against every enemy he encounters in order proceed from one area to the next until reaching the end of each stage before his health runs out. Billy's basic attacks consists of a punch, a kick and a jump kick performed by pressing the A and B buttons simultaneously. The player can also arm Billy with one of three melee weapons dropped by certain enemies: a throwing knife, a club and a whip. If the player picks up a new weapon while Billy is still in possession of a previous one, the new weapon will overwrite the previous one. Billy can also pickup guns, which the player can draw or withdraw at any time by pressing the Select button (when Billy is using a gun, the number next to the "bullet" indicator on the top portion of the screen will start flashing). Other power-ups in these stages include a chicken drumstick that refills Billy's health and a body armor that protects Billy from enemy bullets and reduces the damage he takes from other attacks. While the majority of the enemies in the beat-'em-up stages are human bad guys, the player will occasionally fight animals as well such as crocodiles, eagles and guard dogs.