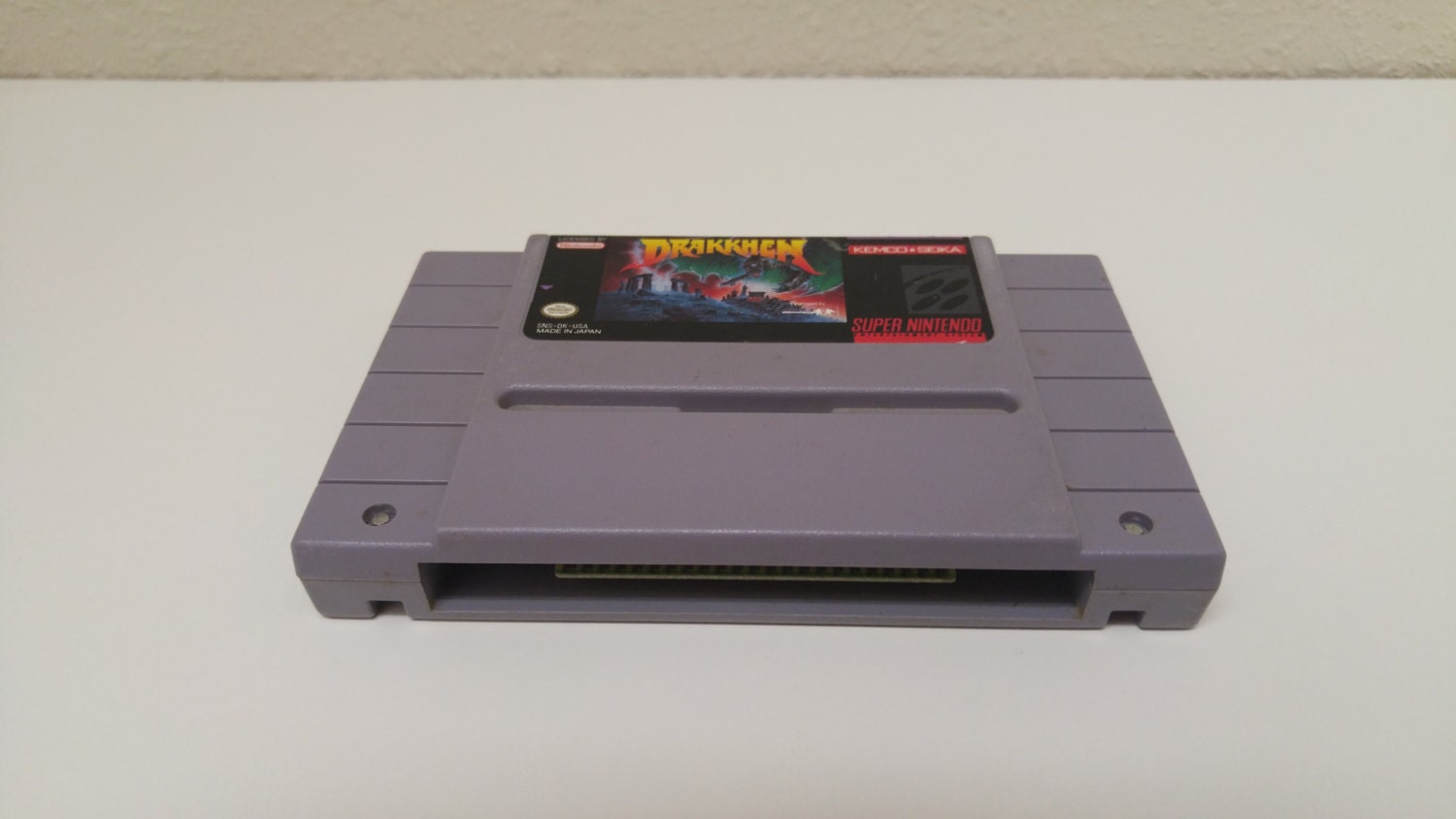 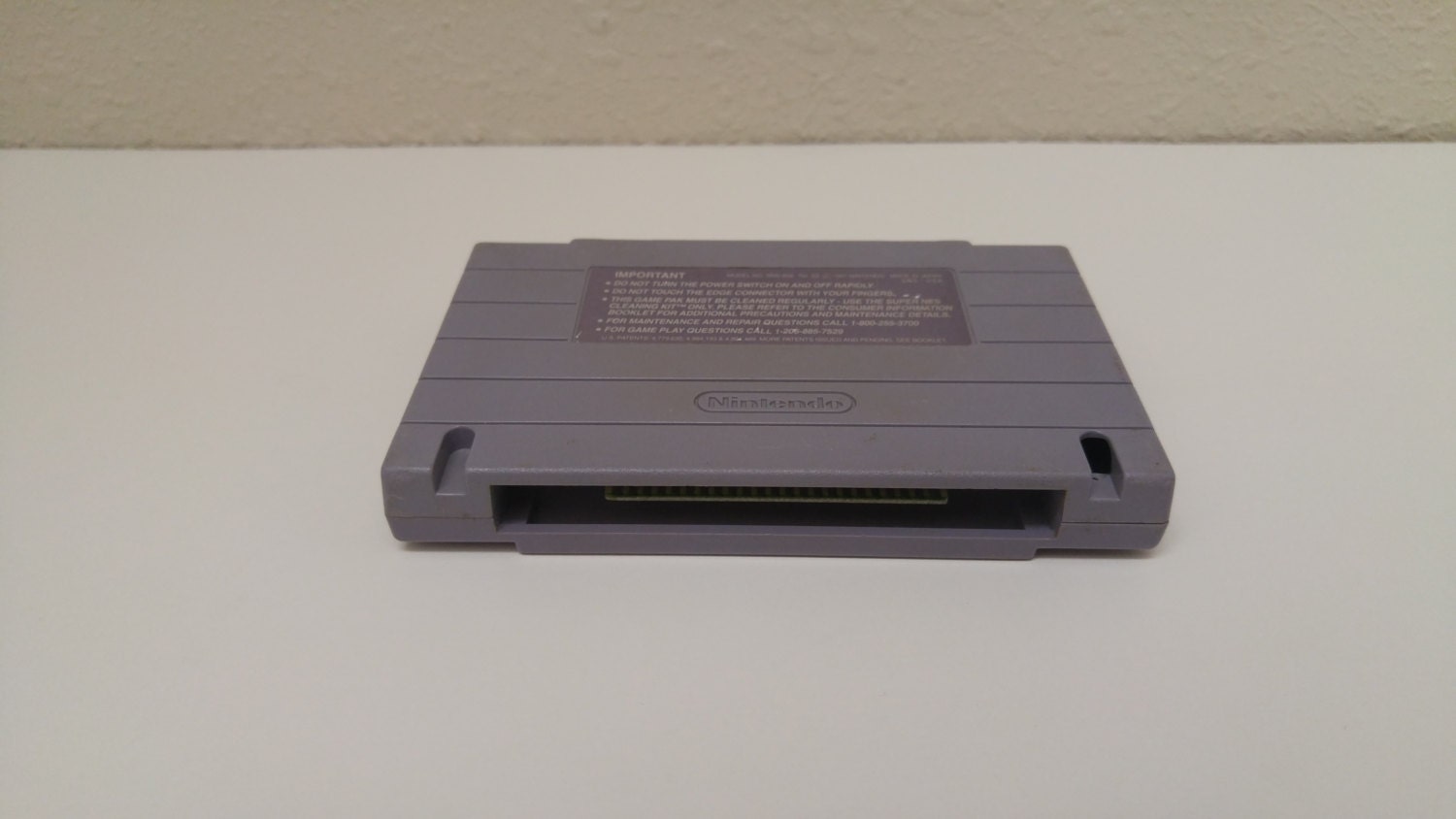 The item for sale is a classic video game title for the Super Nintendo Entertainment System (SNES). This game is good condition and functions as intended. See images for further details and thanks for your consideration.

Game play: A player may freely travel the length and breadth of Drakkhen's continent soon after beginning a new game, although this can be unwise in practice. Chance encounters with dangerous monsters are regular, and unlike many other RPGs, the player may be attacked while stationary. Players may attempt to flee from attacking monsters.
The Shade of Doom just before engaging your party

For the most part, enemy encounters occur randomly, though looking at certain stellar constellations at night can trigger an attack by a powerful, flying monster. Also, urn-like markers can be found at some crossroads; bumping into these immediately summons a large, black, stationary canine head that growls menacingly while shooting red energy bolts from its eyes. These encounters are quickly fatal if the player's party does not run, or is not heavily armored.